Help! I don't understand what my website developer is talking about - Part 3 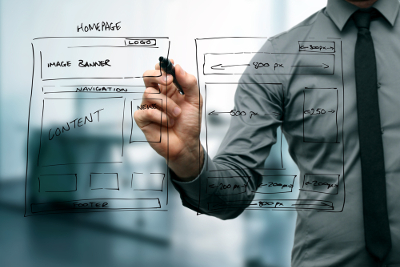 As London-based Drupal developers we regularly come across clients who do not understand some of the basic terminology being used to describe their website. That’s why we have created a series of guides to explain what website developers are actually talking about!

Hopefully, we have covered everything necessary and that people enjoy the guides (even if they don’t necessarily want the best Drupal developers in London!).

Here’s the first guide we put together: what website developers actually mean and we have a fourth and final instalment to come.

Here at City Web Consultants we like to keep our explanations of the website development work we do as simple as possible – it’s one of the reasons we are now one of the leading London-based Drupal web developers. There’s no point in confusing clients or trying to use words to baffle them – we don’t need to use words to show because our work does that for us!

All websites have a menu that is the clickable link to another part of the site but most also have sub menus, or categories, which appear when the cursor is hovered above it. Some sites drill down even further and they have sub-menus from those options too; these are sometimes referred to as 'flyout navigation' since the second menu 'flies out' from the drop down menu.

A popular aspect in website design is a rollover which occurs when a website user places their cursor above an element on a webpage and it causes the element to change either with a different colour, image or advert.

This term refers to the website developer taking an image, for instance, and then reducing it in size so that it can be used on a webpage. This process is called optimisation.

The idea behind optimisation is that a web developer wants their website to load quickly and large images and lots of text will slow down the process but by optimising the content the load time will be quicker which means a visitor will not leave before page has downloaded.

This term causes confusion because people think a website developer wants more white space around content but what they mean is they want more space around the elements on a webpage. White space enables elements and content to stand out for a visitor and the space itself doesn't have to be white it can be any colour that fits in with the scheme of the site itself! It should also be noted that having too much white space may also cause confusion and make the page look unbalanced.

Hopefully, this third instalment has proved useful for anyone dealing with a website designer.

Here at City Web Consultants, we design and deliver quality and effective Drupal-based websites to a wide range of London and UK businesses, so perhaps we could help yours?

For more information on what our team of Drupal experts can do for you and your business, contact our senior consultant Adam on 020 7693 6134 or adam@citywebconsultants.co.uk