Posted 2 years ago by Paul

In this tutorial we continue following Alice in her attempts to monetise her blog posts. Alice has realised that she needs some help with her writing and decides to enlist Edward the editor. Ed has agreed to accept 20% of each contribution Alice receives.

In an earlier tutorial, Alice created a wallet and a very basic app which allowed her readers to transfer Ether via an embedded button, however this will no longer suffice since incoming funds need to be forwarded to multiple accounts. Alice thus endeavours to build a Smart Contract.

Before deploying an actual contract on the Ethereum blockchain, she decides to experiment - aware that mistakes now, may cause problems later.

Ethereum TestRPC is a fast and flexible way to emulate calls to the blockchain without the overheads of running an actual Ethereum node. Features include:

This will create a running instance of TestRPC with accounts generated from the "brain wallet" passed in with the -m switch. 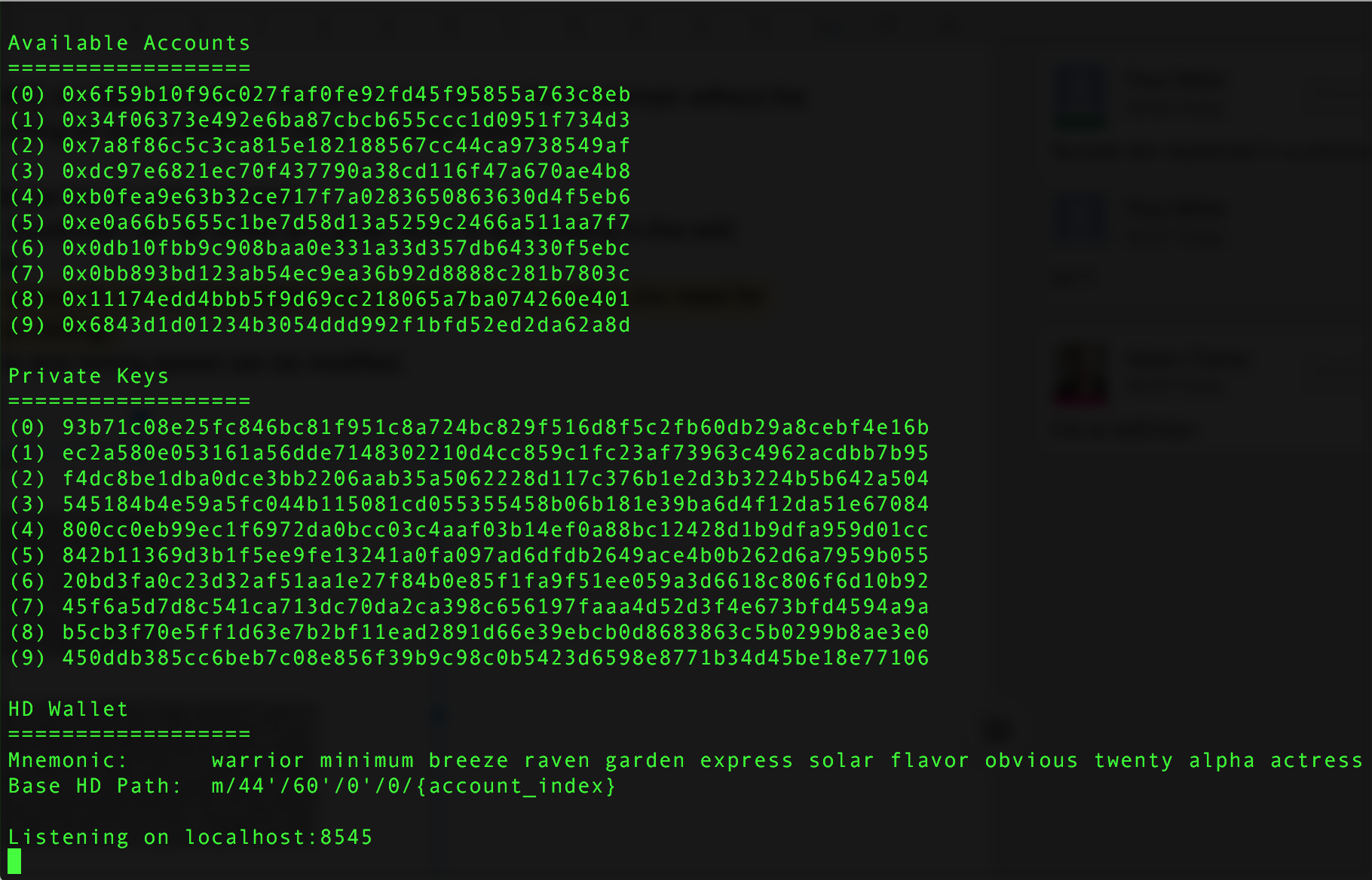 Truffle is a framework for rapid development, testing and deployment of smart contracts with Solidity and Javascript. Solidity is a JS-like high level contract language that compiles down to bytecode used in the EVM (Ethereum Virtual Machine).

After writing this draft of her contract Alice realises there are a few problems that need resolved.  The contract will live forever (at least until Serenity is released) and she cannot amend or update it. In her next revision, she will deal with this problem and abstract her solution a little further to create a generic payment button combined with a dynamic smart contract.